Featured in the magazine’s prestigious 2017 ‘Best of the Best’ awards that is a compilation of the best new experiences for readers around the world, the article titled “These New Spas are the Best of the Best” highlights The Oberoi Sukhvilas Resort & Spa, Siswan Forest Range, New Chandigarh by saying that “With the opening of this 20-acre retreat hidden away in the Himalayan foothills, India’s Oberoi Group proved it can do destination spas just as flawlessly as it does beautiful hotels.”

Editor Jackie Caradonio and freelancer Margot Bigg, who visited The Oberoi Sukhvilas Resort & Spa, Siswan Forest Range, New Chandigarh saw the ‘Best of the Best’ Awards as an opportunity to not only promote the resort but also the destination spa that will open later this summer. In the feature, they emphasise that “The brand’s first foray into wellness is an oasis of landscaped courtyards, colonnaded verandas, reflecting pools, and ornate fountains—all centered on a 12,000-square-foot spa that specializes in therapies from both Asia (ayurveda and chakra balancing) and Europe (La Prairie facials and Roman baths). Pointing out the luxury quotient, the writer adds that “Oberoi’s trademark splendor is on display at every turn, from the four-poster beds and gold-leaf frescoes that adorn the royal tents to the domed rooftops and Rajasthani-style archways that dot the manicured grounds.”

Designed as an upscale lifestyle publication covering the luxury market, Robb Report covers issues such as autos, yachting, private aviation, real estate, fashion, jewelry, travel and epicurean life. The magazine provides a detailed guide to the products, events, issues and passions that capture the attention of today's affluent consumer. While the magazine has a circulation of 1,02,132, the website to the magazine reaches out to 4,72,116 Unique Monthly Visitors. 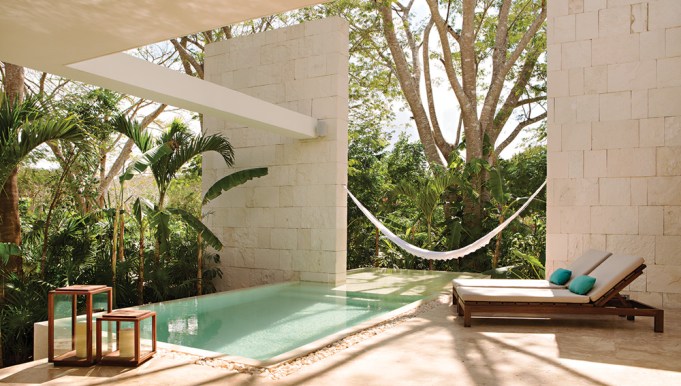