A Destination Wedding With Cultural Significance

In “A Destination Wedding With Cultural Significance”, Ms. Shivani Vora highlights that “Many couples opt for a destination wedding, but some are going a step further: They’re having weddings with all the local customs and fanfare.” adding “A growing number of hotels around the world now provide cultural weddings and vow renewals, like a Hindu ceremony in India, a shaman-led Mayan celebration in Mexico or a traditional Maasai wedding in Tanzania.

Coming to The Oberoi Rajvilās, Jaipur, Ms. Vora emphaises that “Married couples can come to this Rajasthan property to renew their vows in a ceremony that’s almost as elaborate as a full Indian wedding. To start the day, couples visit the spa to have their hands painted with henna patterns. The vow renewals happen in the late afternoon under the auspices of a pundit or Hindu priest at a 280-year-old Shiva Temple, situated on a small island in the center of the resort amid verdant greenery and redolent with orange marigolds. A dinner for two or for up to 100 follows the ceremony, complete with a trio of Indian musicians for entertainment.” adding “Rajvilas can also arrange for Indian wedding attire for couples — a sari or lehenga for women and a kurta pajama for men.”

The New York Times is an American newspaper based in New York City with worldwide influence and readership. Founded in 1851, the paper has won 122 Pulitzer Prizes, more than any other newspaper. The New York Times has been organised into the following sections: News, Editorials/Opinions-Columns/Op-Ed, New York (metropolitan), Business, Sports of The Times, Arts, Science, Styles, Home, Travel, and other features. The website to the newspaper reaches out to 29,886,442 Unique Monthly Visitors. 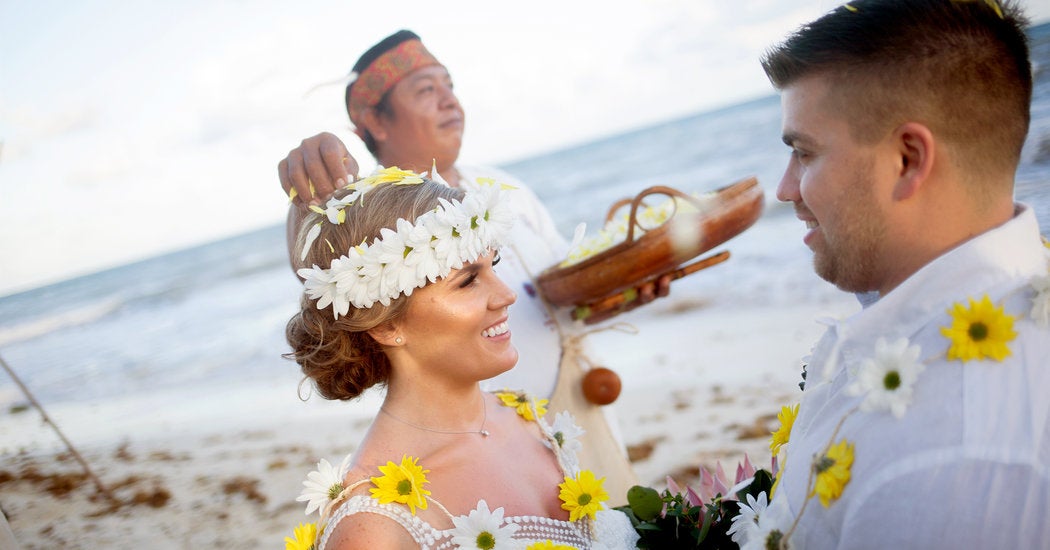