In an article titled “Creating meat textures through non-meat ingredients has been a massive part of Chinese gastronomy: Chef Andrew Wong”, Ms. Riddhi Doshi highlights “It is 9 am in London when chef Andrew Wong gets on the call. The chef, whose restaurant A. Wong earlier this year became the first Chinese restaurant outside Asia to win a second Michelin star, has a long day ahead. He and his team start making dim sums and 30-40 sauces including black bean, dry shrimp chilli, garlic sauces, in the morning which the chef will taste at 11. His guests start walking in by noon and the last one walks out by about 4 pm. At 4.30, Wong hits the gym for half an hour before coming back to the restaurant to start prepping for the evening service, followed by cleaning the kitchen, and getting home at 12.30. During both the services, Wong checks every plate before it goes out of the kitchen.”

Coming to Baoshuan at The Oberoi, New Delhi, the article highlights that “In 2018 he became the mentor chef for Baoshuan at the Oberoi, evolving a menu that stays true to its origins and yet caters to Indian tastes. Where the Indian kitchen differs, he says, is in some of the ingredients used and Indian diners’ preferences. “The primary job of a chef is to use the experience and celebrate a style, a cuisine and a culture using the parameters of the ingredients around us and for the guests around us,” says Wong.

Wong further adds that “The one important lesson that he learnt at the Oberoi, he says, is “the idea of absolute respect and humbleness towards the guests and to achieve it on a day-to-day basis in such a big setting is something I am trying to imbibe in my London restaurant as well.”

Forbes India is the Indian edition of Forbes magazine. Since its launch in 2009, the magazine has helped readers connect the dots, form patterns and see beyond the obvious, giving them a perspective beyond the obvious. The website reaches out to 3,00,000 Unique Monthly Visitors. 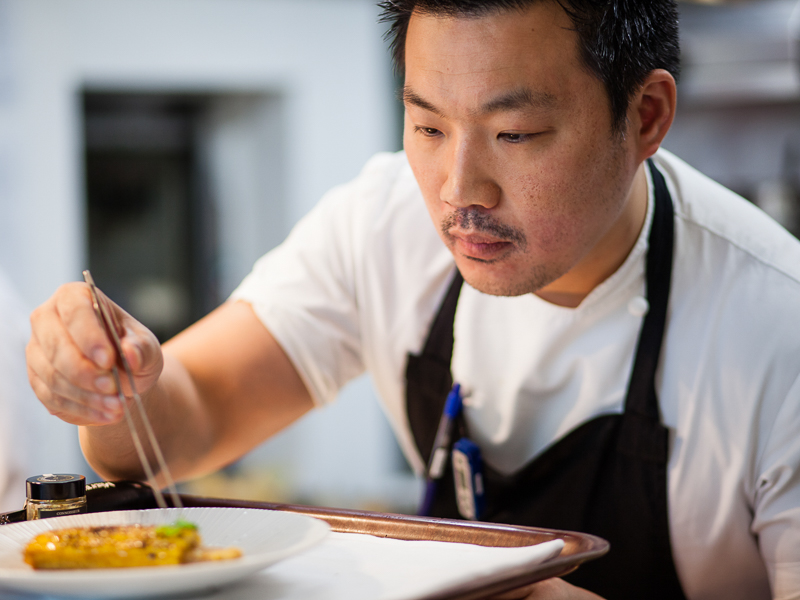